16 recordings spanning mid-2001 through late 2013, Lighter & Bloodier is a commemorative chronicle…including early rarities, live performances, and previously unreleased songs…marking the journey from open mic beginnings in NYC through the 2007 Woodstock MusicWorks release of Bret’s debut album Light & Blood, then on to 3,000+ live shows across 3 million+ miles throughout the U.S. & beyond. 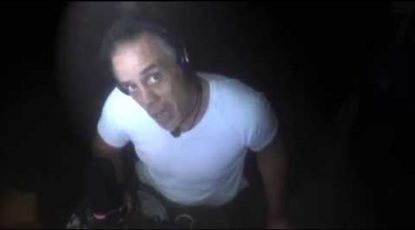 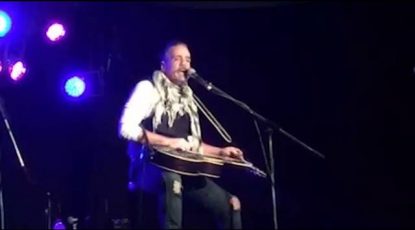 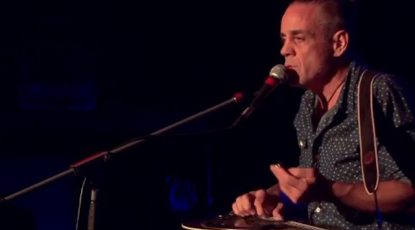 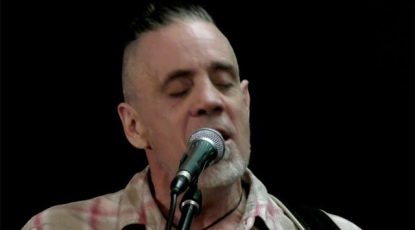 What Comes Next (feat. Rose Parker)

…informs Mosley’s sound, which popmatters.com described as, “…no more country than R&B, no more folk than rock.”

Nomadic beginnings prepared Mosley for years of constant touring following the release of his debut album, Light & Blood—which NeuFutur Magazine commended as “a heart-felt masterpiece”. The veteran road warrior has more than 2000 headlining dates under his belt, and has opened for notable international artists Cedric Burnside, Trombone Shorty, Ivan Neville’s Dumpstaphunk, George Porter, Jr., Jackie Greene, Kaki King, and The Blind Boys of Alabama, among others.

Since moving to Australia a few years ago, Mosley has shared the stage with prominent Aussie artists  Ian Moss, Tex Perkins, The Pierce Brothers, Hussy Hicks, Minnie Marks, Kallidad, Blue Shaddy, et al. Now building touring momentum down under, Mosley has been a standout at the Nukara Music Festival, and played to capacity crowds at the Blues at Bridgetown Festival.

“The blues is one of those genres that can easily become a paint-by-numbers kind of game, plugging in the required elements where they’re supposed to go. Bret Mosley takes the paintbrush and breaks it in two, creating something with the jagged edges that’s more authentically blues than most of what passes for the real thing these days…”
– COLUMBIA FREE TIMES

“As if he was sent to summon a message to the people…with a fiery, authentic performance that has since impacted my perceptions of what a live show should be…Bret’s performance reminded me that it’s the music and enthusiasm of the people playing that keep me coming back for more.”
– THE MUSIC INITIATIVE

“To describe your performance is not possible!! I would run out of superlatives before I got halfway. Your performance moved me in more ways than just listening to music…moved me physically and electrically, the energy raised my hair, gave me goose bumps.”
– SOUTH WEST BLUES CLUB, WESTERN AUSTRALIA

“Bret Mosley ripped up his slide guitar…delivered a cutting set with a bluesy, snarly, lowdown sound. His bare feet matched the raw power of his persona and voice, making you want to simultaneously dance and cry.”
– CHARLESTON CITY PAPER

This website uses cookies to improve your experience while you navigate through the website. Out of these cookies, the cookies that are categorized as necessary are stored on your browser as they are essential for the working of basic functionalities of the website. We also use third-party cookies that help us analyze and understand how you use this website. These cookies will be stored in your browser only with your consent. You also have the option to opt-out of these cookies. But opting out of some of these cookies may have an effect on your browsing experience.
Necessary Always Enabled
Necessary cookies are absolutely essential for the website to function properly. This category only includes cookies that ensures basic functionalities and security features of the website. These cookies do not store any personal information.
Non-necessary
Any cookies that may not be particularly necessary for the website to function and is used specifically to collect user personal data via analytics, ads, other embedded contents are termed as non-necessary cookies. It is mandatory to procure user consent prior to running these cookies on your website.
SAVE & ACCEPT